This year, as well as last year, the City of Saskatoon has followed suit, declaring June to be Filipino-Canadian Month.

“The proclamation of June as Filipino-Canadian Month is a celebration of two cultures coming together,” said Commission Advisory Committee member Jeanny Buan. “It is great that governments are acknowledging the richness of our traditions and our contributions to society.”

According to the 2016 Canadian census, Filipino-Canadians are the fastest-growing community in Saskatchewan. In Saskatoon, Tagalog (one of the official languages of the Philippines) ranks behind English as the second most common language in the city.

Filipino-Canadian Month provides an opportunity to celebrate a community and the work it has done in making our society more open, diverse, and inclusive – not only in Saskatchewan, but across the country. 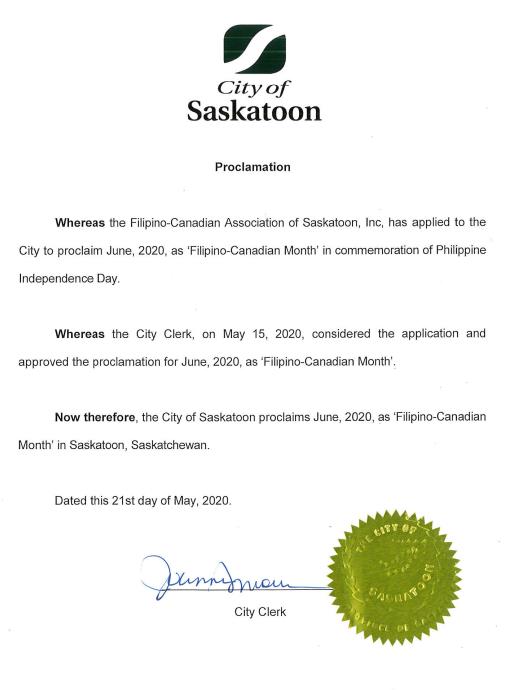