Tom Molloy: a Nation Builder and Champion for Reconciliation

“The Saskatchewan Human Rights Commission sends its sincere condolences to His Honour Tom Molloy’s family and to those who called him friend,” said Chief Commissioner Arnot. “Mr. Molloy was a wonderful person, a dedicated nation builder, and a true champion for Reconciliation.”

A respected negotiator, lawyer, and author, Mr. Molloy negotiated agreements and treaty settlements with Indigenous people that changed the face of our country. He was the lead federal negotiator in the discussions that led to the creation of Nunavut in 1999, and concluded the historic Nisga’a Final Agreement in British Columbia in 2000. 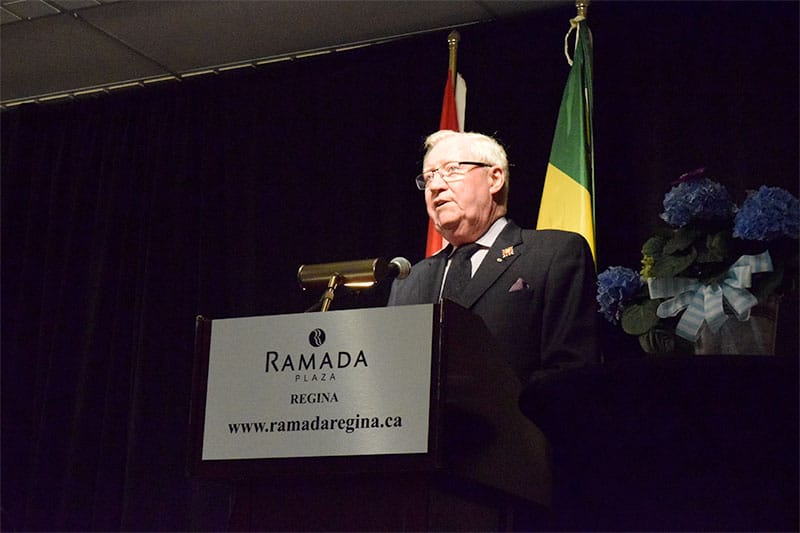 In addition to a prominent legal career, Mr. Molloy served as Chancellor of the University of Saskatchewan from 2001 to 2007, and was Chancellor Emeritus. He also wrote an award-winning book, The World Is Our Witness: The Historic Journey of the Nisga’a Into Canada.

In acknowledgement of his achievements and extensive community service, Mr. Molloy was appointed an Officer of the Order of Canada in 1996, was awarded an Honorary Doctor of Laws Degree from the U of S in 2009, was invested into the Saskatchewan Order of Merit in 2012, and received the 2018 Ramon John Hnatyshyn Award for Law from the Canadian Bar Association.

On March 21, 2018, he was installed as the 22nd Lieutenant Governor of Saskatchewan. During his installation speech, Mr. Molloy stated: “Reconciliation will not be easy, but it is critical to the future of our country. It requires of each of us, a willingness to operate outside of our comfort zones, and to make a concerted effort towards relationship building.”

Mr. Molloy passed away on July 2, 2019, following a battle with pancreatic cancer.

He is deeply missed.